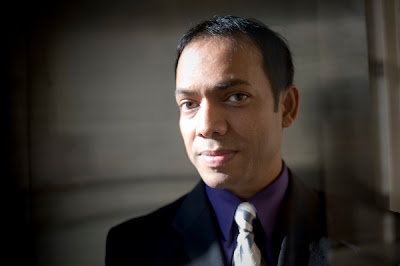 Find a reposting of a short NPR article and Video (link below) by very inter-faith oriented Christian blog-site Oct 21, 2011

In 2011, Rais Bhuiyan strove to save the life of the man who had tried to kill him with a double-barrel shotgun blast to the face. Now blind in one eye, Bhuiyan survived, but Mark Stroman, his attacker, who was on a 2001, post 9/11, rage-powered killing spree, also murdered two Muslim men, simply because they looked Muslim. A white supremacist, Stroman, was aiming to kill Muslims just to vent his rage. A decade later, Stroman, having failed in his final court appeal, sat on Texas’ death row while Bhuiyan, his hate crime victim, worked to stay the execution.

"According to my faith in Islam, there is no hate, no killing. It doesn't allow anything like that. Yes, Mark Stroman did a horrible thing, and he brought a lot of pain and disaster, sufferings in my life. But in return I never hated him. By hating him it will not bring any good to society. But by forgiving him, who knows?" said Bhuiyan. Bhuiyan added that his motivation was that in Islam, saving one human life is the same as saving the entirety of humankind.

When Stroman heard that Bhuiyan was working to save his life, Stroman cried, saying it was this first act of kindness he had ever known and that he was truly and deeply sorry.

Stroman targeted Bhuiyan because of his faith and yet it was Bhuiyan’s faith that propelled him to save Stroman.

Let’s Pray: Dear God, we thank you that people of faith can be heroic examples to us all. Amen.

Here’s a Thought: Forgiveness is love.

9/11 Hate-Crime Victim Seeks to Save His Attacker by NPR Staff, here

* Photo credit goes to Common Grounds. Rais Bhuiyan is soon to be honored by this group which seeks justice thru peace leaders of all kinds, world-wide. CG has honored the likes of Desmond Tutu. for more GO here
Posted by CN at 1:57 PM

Be sure also to see Rais Bhuiyan's website and official movement:

Find yet another article written in July for Common Grounds (who are soon to give Rais Bhuiyan an award) here: