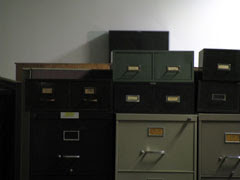 The Story of Mario Hamilton and Carl King (this should be a movie!)

This same episode is to rebroadcast again Sunday 9 pm ET on WCQS.org North Carolina and worth missing some of the grand TV award night to hear...FIND audio here or here

Also find some of this story by transcript here

After four lawyers fail to get an innocent man, Mario Hamilton, out of prison, the prisoner's friend, Carl King, takes on the case himself. He becomes a do-it-yourself investigator. He learns to read court records, he tracks down hard-to-find witnesses, he gets the real murderer to come forward with his story. In the end, he's able to accomplish all sorts of things the police and the professionals can't. Eventually, Carl starts an organization called "Success to Freedom".
Posted by CN at 1:41 PM No comments:

CC McWee Left us on the day of Hearts!

Our dear, funny, organized CC left this earth on Valentine's Day 2011. We had been quite out of touch recently yet a mutual friend was doing her best to re-connect us -- in fact the friend was in process of moving to CC's town to be with her when suddenly our CC was hospitalized.

CC and I took my red caravan TWICE across the country all the way to TEXAS and joined The Journey of Hope there for TWO rich, full, amazingly surprising "JOURNEYS". CC spoke from both perspectives at once: that of a victim family member of a murder (her beloved daughter) and that of the mother of a son executed for a murder.

Every time she spoke, she showed the beautiful photographs of both her daughter and her son. She was not at loss for details. Sometimes we were worried about what she remembered fitting into the short spaces allotted. Yet time and again, her true stories so naturally compelled understanding and emotion - even while she herself could tell these without self-pity.

I would not have been able to keep myself nor my car on track for long without CC's practical know-how. She had worked in a jewelry store and was beloved by many. "The boys" as she called them, at death row, also loved her. She kind of adopted several other "sons" along with regularly visiting her most loved son. She worked tirelessly for other family members of inmates and worked hard for places for them to stay when they visited the prison. We also had the satisfaction of working together to improve what the prison would allow in the Christmas Packages -- some years more than others.

She was chair for a great group of family members and advocates for a longtime during which we had terrific speakers such as key lawyers and through which we experienced bonding and were there for one another during the many sad executions which we vigiled in South Carolina - including that of CC's son, Jerry McWee who was taken by the state a few years ago.

There's so much more to tell and photos that need to be put up on this site as well.

So, let's get out the word that this is one place to add your own comments below or send them to me, Connie, at oneheartforpeace@gmail.com.

CC have a good time seeing your dear son, daughter and dance-partner husband whom you also missed so dearly - say hi for us...enjoy your new life to the fullest and DANCE as you've never danced before. 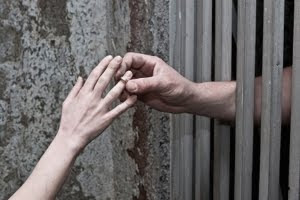 My husband, the convicted murderer
I was a newspaper columnist, he was a former drug dealer. Our romance was complicated. But then, isn't everyone's?
By Amy Friedman

My husband, the convicted murderer

We're going to hear about it any day now: Jared Loughner, the Tucson, Ariz., gunman and the media's latest "monster," is going to receive love letters. It will make sensational headlines, like when women started courting Joran Van Der Sloot. I brace myself whenever a man is convicted of a heinous crime and his photo gets plastered on TV for months. I know it's only a matter of time before we hear stories of "those crazy ladies."

I hate those stories, and not just because they're written with a tone both snide and misogynistic; I hate them because 19 years ago I met a man who was in prison for murder, and I fell in love with him. We were married for seven years.

So here's my sensational headline: "She married a murderer." But what I've found is that most of us who marry convicted men are not mad. (I've also found that most men in prison -- even those guilty of the worst crimes -- are not monsters.) Our stories are complicated -- like every true love story is.

I met my husband when I was a newspaper columnist at Kingston, Ontario's newspaper, the Whig Standard, Canada's oldest daily, which had, until that very spring, been owned by just two families. Both those families were community-spirited, literary types who did idiosyncratic things like letting columnists like me write luxuriously long pieces. The Joyceville Medium Security Institution sat just off the road I drove nearly every day. Lit up by sodium lights, it looked to me like an alien spaceship. I had written columns about my trips to South Africa and Israel and Belfast, columns about date rape and drugs and youth in trouble. Prison seemed an obvious next subject.

Driving there that first day I could hear heaves rise from deep in the river as the ice broke up, but when I walked inside, I learned my first lesson about prison: There is no weather inside. It was always dank and musty, with little light and less air. Prison administrators had arranged for me to meet two lifers, Rob and John, which taught me lesson No. 2: Prisoners don't talk about their crimes. We talked about the food (passable), the guards (good and bad), the time (endless). They took me on a tour, showed me square cells the size of my bathroom, all concrete and steel, most of them double-bunked since the population had expanded beyond the building's capacity...

READ REST of this article and see many readers comments here
Posted by CN at 7:54 AM No comments:

Be sure to go to Stephen Soldz site for recent items related to Egypt and new leaders.
Posted by CN at 2:24 PM No comments:

To Hell and Back

Published in The Fairfield Patch on Jan 31st, 2011
By Mike Lauterborn

He was wrongly accused of a horrific crime, placed in a hellish penitentiary and sat on death row. If not for an interest in reading, he may never have become aware of DNA testing, which proved to be his ticket to freedom.

Maryland resident Kirk Bloodsworth, the first death row inmate in the world to be freed by DNA evidence, was on hand Monday night at Our Lady of the Assumption Parish at 545 Stratfield Road to tell his riveting tale to a small group of parishioners, speak about wrongful convictions and urge the abolishment of the death penalty.

An honorably discharged former Marine, Bloodsworth was convicted in 1985 of the sexual assault, rape and first-degree premeditated murder of 9-year-old Dawn Hamilton and sentenced to death. Even though five eyewitnesses placed him with the victim, he continued to maintain his innocence.

“It was an awful thing,” said Bloodsworth, reflecting on his arrest and conviction. “You can’t imagine being taken from your home, being accused of something you didn’t do and then facing 12 people and a judge and being convicted. It was just a horrible situation. The gavel came down and the sentence was death.”

Bloodsworth was transported to Maryland Penitentiary. As he described, “It was one of the most notorious prisons ever. It looked like Dracula’s castle. You could smell the pain and feel the tension in the air. It was a god-awful place. I was thrust into this environment and it was so foreign to me. I was only 22 years old. I wouldn’t wish it on anyone.”

It was unimaginable to him to be associated with such a heinous act. “It was the most vicious crime in Maryland’s history and this is what I was accused of. I was a Marine and was no angel, but I knew what I wasn’t. I wrote everybody I could that I was an innocent man and signed my letters with my name and the initials A.I.M. – An Innocent Man.”

From the moment he entered the prison system, fellow inmates wanted to do him harm. “I was hit in the back of the head with a sock containing D-cell batteries that split my skull, struck in the chest with a Master lock and stabbed in the leg.”

To pass the time in his narrow, cockroach-and-rat-infested rundown cell, Bloodsworth began reading. One book, “The Blooding,” by Joseph Wambaugh, which told of how DNA testing was successfully used in a criminal case in England, had a life-changing impact.

“I requested testing through the prosecutor’s office,” he said. “The prosecutor agreed, but said the results would need to be made public. I said, ‘Fine’ as I knew I was innocent. It took a year, as there were only two DNA labs in the country in 1992. The tests proved my innocence and were confirmed by separate FBI tests. I was released five months later on June 28, 1993, after nine years in prison.”

Bloodsworth became a Catholic while incarcerated, in a ceremony conducted underneath the gas chamber. Now he tries to change laws and has a DNA law named after him – the Kirk Bloodsworth Post-Conviction DNA Testing Program, which was achieved through The Justice Project and Congress. It provides funding for post-conviction DNA testing for indigents or states that aren’t able to fund it.

“It has already benefited a fellow in Arizona, two inmates in Washington state and people in Virginia,” he said of the effort. “You shouldn’t be in a prison for something you didn’t do and, if you can take a DNA test, it’s the best way to go.”

Bloodsworth added, “I work with people to try and abolish the death penalty because of one fact: We could execute an innocent person. We have a death row population of 3,500 and a prison population of 2.5 million. The risk is too great for error. One hundred and forty inmates have been exonerated from death row – 14 of whom have been proven innocent by DNA testing.”

The ex-Marine admits it’s a controversial topic. “No one can deny the emotional weight on society to punish wrongdoing, but we must rise above letting someone else fall for a crime they didn’t commit. I can’t condone the death penalty. I used to think people got what they deserved but when this happened to me, I realized it could be real bad.”

Even among attendees, there was division on the topic. Fairfielder Irene Gifford said, “I feel very strongly against the death penalty, as many people are likely incarcerated who are not guilty, often inner city people. I think they should just be kept in jail.”

Sharing an opposing view, Fairfielder Diane Quaranta said, “Though I’m pro-life, I believe that people who have committed terrible, heinous crimes should be put to death if they are guilty. But I feel a good advocate needs to be assigned to each individual person to explore all evidence and to make sure nothing’s been overlooked.”

Bloodsworth’s story is told in the book “Bloodsworth: The True Story of the First Death Row Inmate Exonerated by DNA” by Tim Junkin.
Posted by Susanne at 1:44 AM 1 comment: