Excerpt:
After reading a question to Mr. Echols about whether Americans are deliberately ignorant of the conditions faced by prison inmates, Mr. Depp said: “I’d like to shake the hand of whoever wrote that question, because you just spun me completely backwards. I’m not completely sure where I am now.” 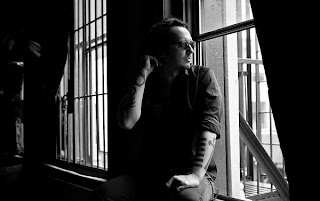 After Jail and Release New Fame as an Author GO here
Posted by CN at 3:20 PM No comments:

"How can anyone vote for someone with a kill list?" 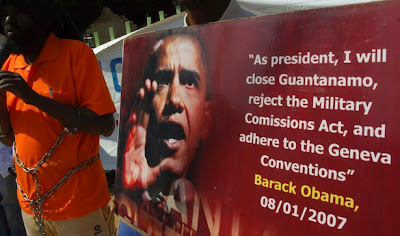 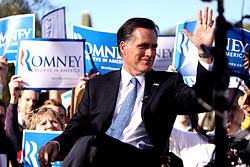 A comment underneath one re-posting of a compelling article called Obama's Way reads: "How can anyone vote for someone with a kill list!"

I'm haunted by this line. We abolitionists (of the death penalty) have off and on discussed whether or not extrajudicial execution can be considered a death penalty. Well? If it is the same in ethical terms, we sure have a lot of planned executions/assasinations/drone strikes being planned often 'Obama's Way' -- and no let up in sight. This is not to say the 'other' candidate won't have one as well -- maybe worse? What a dilemma we are in.

Well, Michael Moore has strong, parental words for us to give Obama four more years to straighten things out with the implied belief that our President will give up his kill list and other ongoing problems like rendition and torture at the hand of our US leaders under his supervision. (Or do these leaders run the White House?)

At the best, Moore is giving us a scary warning: vote for the lesser of two evils -- without really saying so and from a perspective perhaps somewhat convincing.

Debra Sweet of World Can't Wait has some strong words for us as well: In her 12 Steps to Overcoming the Addiction to Voting for the Lesser of Two Evils she advises: "Understand that kill lists and more unjust war is the wrong kind of change to believe in." To see all 12 Steps in her piece GO here

So, fellow abolitionists and people of faith and ethics against the death penalty: Is there room in an election for principles or do our choices just boil down to a gamble, a numbers game or the most clever strategy?

We need your help to stop an impending execution in Pennsylvania!

Terrance "Terry" Williams is scheduled to be executed on October 3rd, and we're joining with partners around the country to petition for clemency to be granted in his case.

When Terry was just six years old, he was subject to horrific sexual abuse by older males. The abuse continued throughout his adolescence. After years of suffering, when he was 17 and 18 years old, Mr. Williams killed two of his abusers. The jury that sentenced him to death never heard about the abuse he endured, or that the men he killed were in fact his abusers. Five of the jurors now say they support clemency and would not have sentenced Mr. Williams to death if they had known this information.

Will you sign this petition to grant clemency to Terry Williams? GO here

There has been an outpouring of support for Terry - from child advocates, former prosecutors and judges, faith leaders, mental health professionals, and the victim's widow. Please join us in urging the Governor, the Board of Pardons, and the District Attorney to grant clemency and convert Terry 's death sentence to life in prison without parole.

Thank you for your help and support.

Clive Stafford Smith has been tweeting on his trip to Gitmo where he recognizes the strong possibility of the death penalty at this sobering place:
CLICK here Stafford Smith is one of the angels of mercy for prisoners, people in Gitmo death row and victims everywhere. Follow his work at Reprieve.uk -- sign up for his emails and sign up for his tweets.