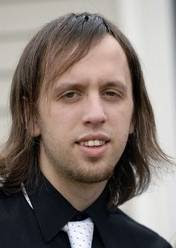 My father, grandmother and 18-year-old sister were all stabbed to death in their own home. My mother was in critical condition and my older sister was left with her baby girl and the horrifying sights of what happened to her family.

I was feeling helpless, six hours away at Southern Illinois University.

It didn't take long for the assistant state's attorney to tell me they wanted to pursue the death penalty for the man accused of committing the terrible crime.

As the citizens of Illinois await the governor's decision on the death penalty, it has given me another opportunity to contemplate what I would want done in my situation.

I live with what happened every day and have mulled over what I would like to see become of the man I believe took my family away. My vision was blurred for a while, but the decision became very clear after I remembered where I came from.

This is not a call to repeal the death penalty. Rather this is a declaration of dedication to a path of peace.

I have a long, hard road ahead of me as my journey to forgiveness has just begun. If D'Andre Howard, the man charged with the killings, were sentenced to death and later executed, I could still complete my journey, but its potential would remain unfulfilled.

Because its potential could result in changing the heart and mind of the man who committed the heinous crime. And in turn, he might be able to change a few hearts of those with whom he must now associate.

To me, there is more value in saving a lost soul than sending it away.

Regardless of the future of the death penalty in this state, we can all try to forgive one another a little more and dedicate ourselves to a path of peace.

There are still days where I want the worst for D'Andre, but I keep a quote close with me to get me back on the right path:

“So, as I meditate, I breathe in all their poisons – hatred, fear, cruelty. Then I breathe out. And I let all the good things come out, things like compassion, forgiveness. I take inside my body all these bad things. Then I replace poisons with fresh air.”

If the man who said that, the Dalai Lama, can feel that much compassion after watching his people be killed and driven out of their country, I believe we can all be a little better to each other.

I realized that taking the life of the man who killed my father, grandmother and sister won't bring anyone back. So we should all make the most of the time we have with each other, even those who have wronged us. I want to try to make the most I can out of him while we're both here.

We're not all governors, but I'm my father's son and we're all brothers and sisters in this world, so let's do more to make it a better place.

======
Editor's note from 2011: Jeff Engelhardt is an intern in the Daily Herald's Springfield bureau and a graduate student at the University of Illinois-Springfield, enrolled in its Public Affairs Reporting program. He wrote the following essay about the proposed death penalty ban based on his personal experiences related to the stabbing deaths of his father, grandmother and sister in 2009 in their Hoffman Estates home. The ban is awaiting action — approval or veto — on Gov. Pat Quinn's desk.
======
Find Comments here and consider making a Comment here on The Journey of Hope blog just below...
Posted by CN at 12:56 PM