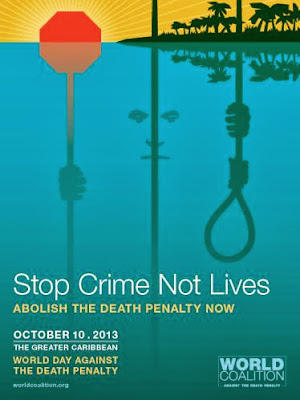 The Journey of Hope Website here details the weekend long conference in depth.

It was a great conference. Many great people were involved and I had a lot of help with the organizing. Colleen Cunningham, Equal Justice USA here was the chief organizer and the main reason the conference was so successful.

As I am sure you heard, Paula Cooper was released from prison in June after over 28 years in prison. I did interviews that were aired around the world. CNN, Democracy Now, ABC National News Australia, BBC, Red Letter Christians and CBS News Chicago were some of the better ones. Unfortunately I have not heard from Paula Cooper since she has been released. It is almost 6 months now and I am quite surprised and disappointed. I visited with her 15 times while she was in prison and for the last two years we exchanged mails every week.

I have heard rumors that she has been taken in by a support group and is doing well. I am happy about that because I was quite concerned about how she would do upon her release. I understand that she wants to further her education. I was told that she wants to avoid media and fears that associating with me would bring unwanted attention. I have been approached by the Piers Morgan Show, Travis Smiley and Cornell West Show, Restorative Justice Groups and many others who want to talk to both us so I understand her fears and concerns about the media.

I was in Madrid for the 5th World Congress Against the death penalty June and was able to talk about love and compassion there. I stopped in Indiana on my way back to Alaska. I had planned for years to meet her at the gates of the prison when she was released, but shortly before Paula got out she told me her mother was picking her up and her mother didn’t want me to be at the prison so I agreed not to go. I was hoping to hear from her as I visited with my children and grandchildren in Indiana the following week, but have not heard from her since.

I just finished a 12 day tour in NE Italy for the Community of Sant Egidio and their Cities For Life Project. GO here

I often spoke three time a day, cumulatively to more than two thousand high school students; I spoke at prayer services, a press conference, a home for the elderly, at a college, etc.

BE sure to look for Bill Pelke and The Journey of Hope on FB for more postings ahead.