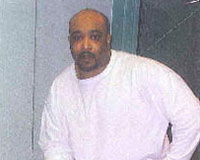 Kevin Keith is scheduled to be executed on September 15th, despite a wide range of new evidence that suggests he is innocent. Kevin, who has been on Ohio's death row for 16 years, was convicted on the basis of faulty eyewitness identification.

Thirteen years after he was convicted, Kevin discovered that one of the State's supposed "witnesses" -- a hospital nurse who was critical to corroborating the legitimacy of the surviving victim's eyewitness identification -- does not actually exist. He has an alibi affirmed by four people and new evidence has emerged implicating another suspect.

No court has heard the full array of new evidence pointing to Kevin's innocence. Take action today to stop Ohio from executing a man who very well may be innocent.