Witness to Innocence in Austin, TX

Reflections on a Gathering of 20 Death Row Exonerees

It was 4:00 a.m. last Friday when I set out for Conroe, Texas, home of both the Texas state flag and death row exoneree Clarence Brandley. Three hours later, I met Clarence outside the home of his 93-year-old mother as the sun was rising and an unfettered horse grazed on a neighbor’s lawn. Due to the current economy, Mr. Brandley’s job had been cut and his Houston home was foreclosed upon before his job was restored. He now commutes 1 ½ hours each way to work and lives in the home where he was born and the town where he worked as a school custodian before being wrongfully accused of the rape and murder a high school co-ed in 1981. Nine years later, he was exonerated. He has not received any compensation for his wrongful imprisonment, but is still paying child support for the nine years he was incarcerated. 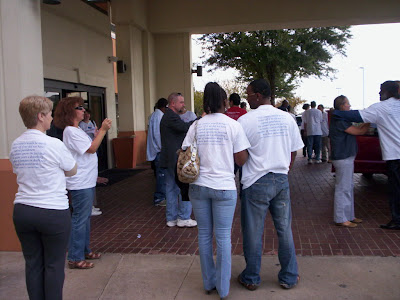 Clarence would normally have rented a car in Conroe to attend the Witness to Innocence (WTI) training in Austin. WTI is an organization of those exonerated from death row. Each year, a “Tools Gathering” is held where these men come together as a community, share experiences, teach each other how to survive, welcome the newly exonerated and learn tools to help spread their unique message.

But on Thursday the local car rental agency refused to accept a debit card from Clarence. He was scheduled to represent Texas exonerees at the WTI press conference at the state capital on Friday afternoon. Fortunately, as Public Education Associate of the ACLU Capital Punishment Project, I was attending the training as support staff for WTI and could make the drive to get him to the training in time.

We went to stop at a restaurant on the way back to Austin but were deterred from patronizing the establishment by the Confederate flags decorating the entrance. We settled for cranberry juice from a gas station. 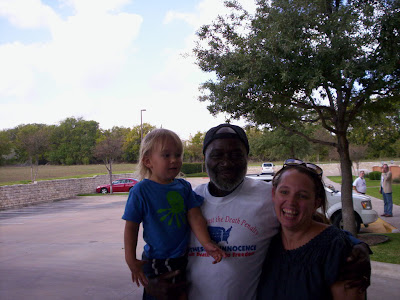 It was an inspiring moment when the press conference began. Behind the podium stood 17 men and seated at the speakers’ table were Ray Krone, WTI’s Director of Communications and Training, who was exonerated by DNA in 2002 from a 1992 sentence of death; Clarence Brandley; and Juan Melendez, who served over 17 years on Florida’s death row. All together, 20 exonerees were gathered beneath the seal of the State of Texas. Additional speakers included Sam Millsap, former prosecutor of Bexar County, Texas; Texas Representative Elliott Naishtat, who is introducing legislation to give the governor the authority to enact a moratorium on executions; and the founding Executive Director of WTI, Kurt Rosenberg. Mr. Millsap prosecuted Ruben Cantu, who was executed in 1993. Mr. Millsap now accepts responsibility for what he believes to be the execution of an innocent man, and thinks the death penalty is broken and must be ended.

When our three days together were ending, the exonerated, their loved ones, and staff gathered in a closing circle. We were asked to share two words that represented the time in Austin. I could only say “Holy Ground,” and take off my shoes in recognition of how special the place I shared with them was for me. Being in that room with these men and their loved ones was a humbling experience. Their willingness to work to end the death penalty in spite of the nightmarish memories of death row are gifts that these exonerees give to the abolition movement. They share their experiences in the hope that others will not have to face what they did. It was a blessing to be allowed to spend time with each of them. 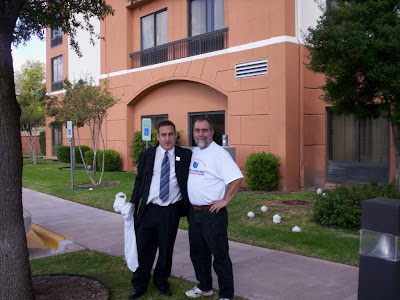