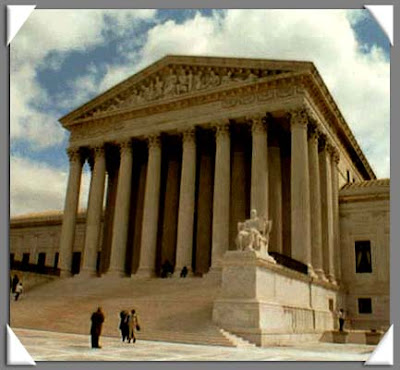 On June 1, in the case of Bobby v. Bies, the U.S. Supreme Court unanimously ruled that Michael Bies had to bring his claim of mental retardation before a separate state hearing, thereby reversing the lower federal courts that held such a hearing would constitute double jeopardy. The Court held that Ohio could contest Bies' assertion that he is mentally retarded and that this does not subject Bies to double jeopardy, despite the fact that the Ohio Supreme Court in 1996 had recognized his mental retardation as a mitigating factor in upholding his original death sentence. The Court made clear that it intended the states to have the primary responsibility for implementing Atkins. (In 2002, the United States Supreme Court held in Atkins v. Virginia that the Eighth Amendment to the Constitution bars execution of mentally retarded offenders.). Justice Ginsburg wrote the opinion in Bies.