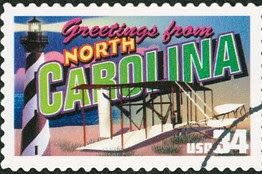 We’ve been following the story of whether North Carolina’s Racial Justice Act would stay alive – see here and here for recent Law Blog posts – and the story may have just come to an end.

Governor Bev Perdue vetoed a bill that would have essentially repealed 2009’s Racial Justice Act, which allows death row inmates to argue that racial bias played a role in their cases. The law was passed under a Democratic majority in the state legislature, but when Republicans took control after the 2010 elections, they set about to change the law.

The N.C. House voted to nullify it back in June, and the Senate followed at the end of last month. Perdue’s veto means the law will likely stay intact, as Republicans don’t have a veto-proof majority to override it, and the bill that would have changed the law only passed the House in June along party lines.

In a statement emailed to Law Blog, the ACLU said the veto “ensures that North Carolina will not tolerate discrimination in its capital punishment system,” according to Cassandra Stubbs, staff attorney with the ACLU Capital Punishment Project. The ACLU points out that North Carolina is one of 34 states with the death penalty and has the nation’s sixth largest death row. More than half of the state’s death row prisoners are black. 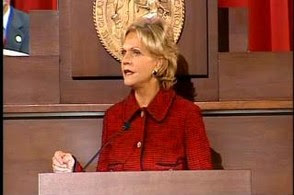 In a statement yesterday, Gov. Perdue said, “It is simply unacceptable for racial prejudice to play a role in the imposition of the death penalty in North Carolina.” Republicans complained the governor put “politics ahead of policy,” the News & Observer noted.

The North Carolina Conference of District Attorneys said the veto “creates yet another de factor moratorium on the death penalty,” AP reports. As Law Blog pointed out, North Carolina hasn’t executed anyone since 2006, when execution methods were challenged as cruel and unusual. The 2009 Racial Justice Act has also been employed by many death row inmates. Anti-death penalty critics point out that state statistics show a per capita decrease of 25% in the murder rate from 2005 to 2010.

Lawmakers will have to return to Raleigh to consider an override by Jan. 8.
Posted by CN at 8:52 AM