Father Forgives Murderer of Daughter -- Desmond Tutu and others on Forgiveness 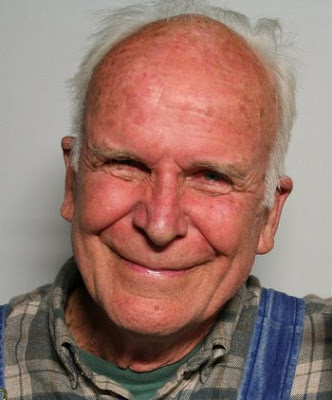 From the producer Shubha Bala: In response to last week’s show, Hector Black pointed us to this StoryCorps interview. The listener from Tennessee tells the story of his daughter being murdered in her home and his process of seeking vengeance and granting forgiveness:

“I’d never been in favor of the death penalty, but, I wanted that man to hurt — the way that he had hurt her. I wanted him to hurt the way I was hurting. But after a while I wanted to know who it was…”

The father narrates the events in detail — from the murder of his daughter to the process of wanting revenge, and ultimately to granting forgiveness. The heinousness of the crime makes me think of Desmond Tutu speaking about forgiveness during the South African truth and reconciliation process. He said you would think there are things that are unforgivable, like the horrendous violence of apartheid. And yet, he says, they saw many people who ought to have been bristling with bitterness and anger but actually embraced their perpetrators when they met face-to-face.

In some small way, it’s a good lesson reminding me that it should take much less mental work to forgive the person that steals your parking spot or cuts in front of you in line.

To hear this short interview GO here for 24-25 February 2012 -- look for Desmond Tutu and the God of Surprises -- then see the full story which includes other episodes.

You may find a bit more on this much earlier story at StoryCorps NPR Features Story of a Father Who Forgave His Daughter deathpenaltyinfo.org/node/2305 or GO here

Be sure to hear the Bishop Desmond Tutu interview as well. Desmond Tutu, South African archbishop emeritus and Nobel laureate, spends intimate time and joyous conversation with Krista Tippett and the radio/podcast audiences.

Desmond Tutu says here that despite all the evil and suffering in the world, human beings are "remarkable things" who are "made for goodness." On Being with Krista Tippett explores how his understanding of God and humanity has unfolded through the history he's helped shaped.

Blogger's note: Just this AM Saturday, 25 February 2012 I was re-reading Bishop Tutu's remarks in the classic book on forgiveness (stories and dialogues) "The Sunflower: On the Possibilities and Limits of Forgiveness" help demonstrate his eloquence, compassion for fellow writers' various perspectives and his deep indomitable heart. Here are some excerpts from that brief page and a half by the Bishop:

"There is another side (to the cruelty)--the story of the victims, the survivors who werre made to suffer so grievously, yet despite this are ready to forgive. This magnanimity, this nobility of spirit, is quite breathtakingly unbelievable. I have often felt I should say, 'Let us take off our shoes," because at this moment we were standing on holy ground."

"It is clear that if we look only to retributive justice, then we could just as well close up shop. Forgiveness is not some nebulous thing...Without forgiveness, there is no future."
Posted by CN at 2:07 PM

By the way, I am happily remembering Bishop Desmond Tutu's loving gift of his time and prayers to a dear woman in our prayer group a few years back when he was in our town and she was suffering later stage cancer. (He also was suffering a cancer at that time.)