The Great Falls Tribune reports about the Journey of Hope event on wednesday night:

With personal tales of anger, grief and forgiveness, David Kaczynski and others with close connections to horrible crimes spoke out against the death penalty Wednesday night at Holy Spirit Catholic Church in Great Falls.

The speakers are part of a national group called Journey of Hope. They are on an eight-day tour of Montana, speaking at churches, schools and libraries across the state. The tour was organized by the Montana Abolition Coalition, an anti-death penalty organization. [...report about David Kaczynski's and Bill Babbitt's story...] 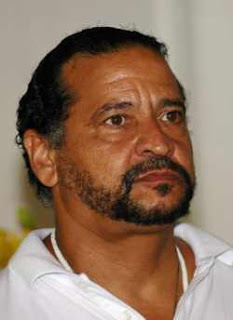 The group also included a man who spent 18 years on death row for a crime he didn't commit, and relatives of murder victims.

Juan Melendez was nearly put to death for murder and armed robbery, but was released after nearly two decades in prison when authorities learned another man committed the crimes. He believes the U.S. government has probably already executed innocent people, and shouldn't risk doing it again.

"You can always release an innocent man from prison, but you can never release a man from the grave," he said.

Speaker Bud Welch talked about his daughter, Julie, who was killed in the Oklahoma City bombing in 1995.

Timothy McVeigh was executed in 2001 for his role in the attack. It brought Welch no closure.

"There was nothing about that that gave me peace or made me feel good," he said. "The death penalty does not bring peace to families. Anyone who tells you it does — it's nothing but a lie."

The Montana Abolition Coalition is urging the Montana Legislature to ban the death penalty, and to replace it with a prison sentence of life without the possibility of parole.

"The biggest message we try to get across is, our justice system is made up of humans — even with the best of intentions, mistakes can happen," said Rachel Carroll, an organizer for the group. "How can we risk people's lives?"
Posted by Susanne at 5:01 AM