Death row survivors were speaking in Helena, Montana on the World Day against the Death Penalty. 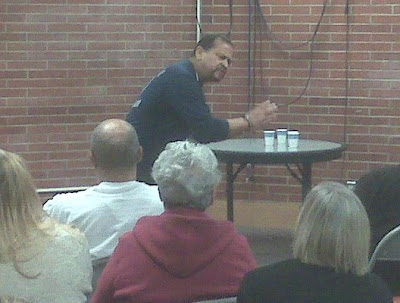 Juan Roberto Melendez Colon became the 24th person exonerated and released from Florida's death row when he was freed on January 3, 2002 after spending almost 18 years facing execution for a crime he had nothing to do with. 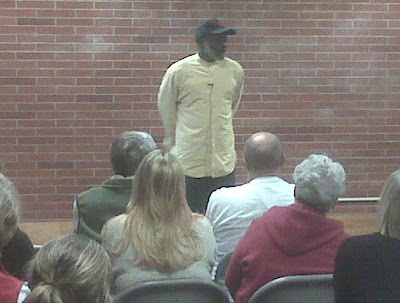 In 1973, Shujaa was framed in the murder of a prison guard at the Deul Vocational Institute, Stockton, California. Shujaa and his co-defendant, Eugene Allen, were sent to San Quentin's death row in 1976, after a second trial in San Francisco. The DA systematically excluded all African American jurors, and in 1979, the California Supreme Court overturned the death conviction. After spending three years on death row, Shujaa and Eugene Allen, continued to fight for their innocence. A third trial ended in a hung jury, and after a fourth trial, they were found innocent. As Shujaa often says, he won his freedom and affirmed his innocence in spite of the system.
Posted by Susanne at 1:55 PM