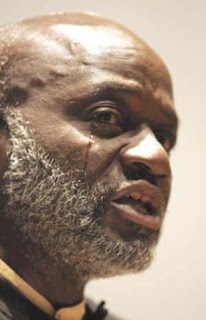 Death penalty opponents brought their message to Western Kentucky University on Thursday night, prompting outrage and tears from the audience with personal accounts of wrongful imprisonment on death row and urging action on two death penalty bills pending before the Kentucky legislature.

The program, sponsored by WKU's Department of History, examined personal experiences surrounding executions and homicide as well as their implication by Journey of Hope, a national advocacy group led by murder victim family members joined by death row family members, family members of the executed, the exonerated and others with stories to tell.

The event was part of a state tour of colleges to raise public awareness about inequities surrounding capital punishment and featured Journey of Hope founder Bill Pelke, who supported the death penalty until his grandmother's murder; Shujaa Graham, who was released from death row after he was exonerated for the 1973 murder of a prison guard in Stockton, Calif.; and Terri Steinberg, mother of Justin Wolfe, Virginia's youngest death row inmate.

The speakers were joined by Kentucky ACLU coordinator Kate Miller, who urged the audience of some 100 students at the Mass Media Technology Hall Auditorium to support legislation to end executions of the severely mentally ill as well as put an end to the death penalty in Kentucky.

"We can protect society without becoming the murderers we lock up behind bars," said Steinberg, who related the story of her son, who received a death sentence in 2001 on charges of murder for hire. Despite the confession by another man also in prison on charges related to the crime, Wolfe is still in prison because no court has agreed to hear new evidence of the confession, Steinberg said.

"The average stay on Virginia's death row is seven to nine years," Steinberg told the audience. "Justin is at eight and a half, so there is the possibility that he will be executed in the next year."

Pelke, a retired steelworker, talked of his work to save his grandmother's assailant from execution.

"The death penalty is purely a matter of revenge and revenge is never the answer," he said. "It is cruel and unnecessary. Society has a right to be safe from violent individuals but we don't have the right to kill them."

There are many reasons the death penalty, a complex and political issue, should be abolished, according to group. Among them is the fact that the U.S. is keeping company with notorious human rights abusers as the vast majority of countries in Western Europe, North America and South America -- more than 128 nations worldwide -- have abandoned capital punishment in law or in practice, and year after year, only three countries execute more prisoners than the United States -- China, Iran and Saudi Arabia.

Since the U.S. Supreme Court reinstated the death penalty in 1976, there have been 1,136 executions carried out in the U.S. with the South accounting for 80 percent of those executions, according to the National Coalition to Abolish the Death Penalty.

Since 1976, 124 men and women have been released from death row nationally -- some only minutes away from execution, according to Journey of Hope, and in the past two years, evidence has come to light that indicates that four men may have been wrongfully executed in recent years for crimes they did not commit.
Posted by Susanne at 10:01 PM

We are assembling more photos and articles and will soon post more on the Kentucky Journey of Hope. Please stay tuned!