Every year on November 30th cities throughout the world take part in the event "Cities for Life". By illuminating one momument in an unusual way, these cities declare their damnation to the death penalty. This year more than 1150 cities worldwide will take part in the event. "Cites for Life" was started and is still being organized by the Italy based Community of Sant'Egidio.

But on November 30th there will not only be the momuments illuminated but Sant'Egidio is also organizing lots of speaking events. To some of these events the community also invited members of the Journey of Hope.

At the moment Curtis McCarty is in Rome, Italy. Bill Pelke is having several speaking events in Italy as well - see photos taken at a school event in Corato below. More than 300 students listened to Bill's story there.

Shujaa Graham and Phyllis are in Germany and have been speaking in several schools here already. A public event will be held in the Audimax of the University of Würzburg at 8pm on Monday night.

Bud Welch is in Belgium.

Art Laffin was invited by Sant'Egidio to speak in Mozambique, a country at the south east of the African continent.

There is a very special connection between the community of Sant'Egidio and Mozambique: During the 1980's and early 1990's, the community of Sant'Egidio helped mediate the conflict in Mozambique. On October 4, 1992, the feast of St. Francis of Assisi, the Mozambique peace accords was signed in Rome at Sant'Egidio, after 26 months of negotiations. Mozambique does not have a death penalty any more but there is still lots of violence. It is a very poor country with about half of its population living in poverty. And the rate of people infected by AIDS/HIV is very high. Sant'Egidio still has people down there who try to help with this special problem.

Let me end this post with a few words by Art Laffin:

"At this time of Thanksgiving, and as we approach the holy season of Advent, let us give thanks to God for the miracle of life, for the gift of one another, and for the countless blessings we have been given. And let us pray for each other, that we can deepen our commitment to stand for life wherever it is threatened. Let us seek to make the Word flesh in all we do as we strive to be Jesus´peace and justice makers in our violent yet still beautiful world." 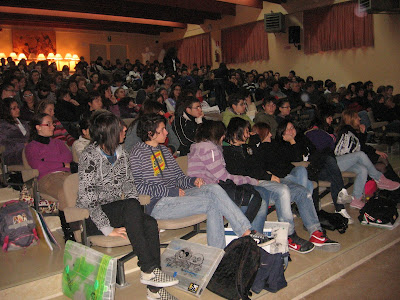 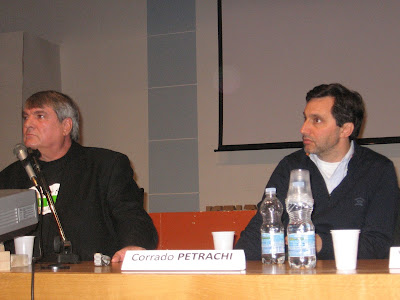 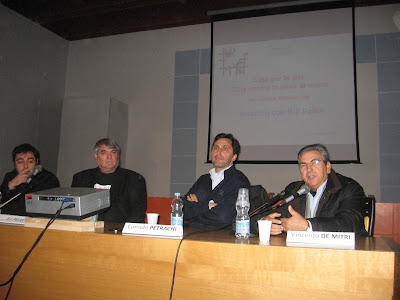