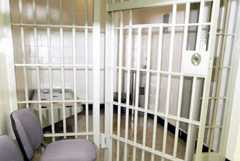 I found this article thanx to Abe Bonowitz! Like he said, "this is SOOO needed!"

COLUMBUS, Ohio — Ohio's top public defender is taking on a rare challenge: accepting cases of convicted criminals who say they're innocent but don't have the DNA to prove it.

The Ohio Public Defender's Wrongful Conviction Project is one of a handful of innocence efforts nationally devoted full-time to non-DNA cases.

Similar projects in New York and Michigan handle only cases with no biological evidence, such as blood or other bodily fluids. The numbers are small for good reason: Proving the innocence of someone without clear-cut biological evidence can be an investigative nightmare requiring months or years of digging without the solid proof a negative DNA test offers.

"DNA cases can be difficult, they can be complex, but in the end, if it's the right case, you come in with the silver bullet," said Keith Findley, director of the Wisconsin Innocence Project and president of a coalition of innocence networks around the country that take on both kinds of cases.

"In most of these non-DNA cases there is no silver bullet, so it take a whole lot of hard work."

"If you're going to have a justice system, then you strive to always get justice," said Ohio State Public Defender Tim Young. "If there are innocent people in prison — and there are — then we haven't gotten there yet."

The project will review claims of inmates who claim they're innocent who were convicted on evidence such as bite marks, patterns in a fire that allegedly point to arson, similarities in hair samples and fingerprints, and eyewitness IDs.

Prospective offenders must first fill out a 21-page questionnaire looking for detailed information about their case and their claim.

If the project decides to look further, volunteer law students from Ohio State University and Capital University will gather records. A Wrongful Conviction Project panel has the final say.

Achieving justice is crucial, but there must be a threshold for which cases are accepted, said Warren County Prosecutor Rachel Hutzel.

"I don't want to see the taxpayer foot the bill for a lot of inmates who claim that they're innocent and aren't," Hutzel said.

The Michigan Innocence Clinic at the University of Michigan law school, which started in January, already has handled three cases that saw four convicted defendants walk free this year.

In one situation, a man and his uncle were granted a new trial this past July in a March 2000 shooting in Detroit that left the victim a quadriplegic.

DeShawn Reed and his uncle, Marvin, claimed they had nothing to with the attack. But they were convicted by the victim's testimony, despite the fact two other witnesses saw a different person fire the gun.

A congressionally mandated report from the National Research Council in February questioned the reliability of a lot of non-DNA evidence.

The report found no evidence that microscopic hair analysis can reliably associate a hair with a specific individual, for example. And fingerprints, though they can provide a match, aren't foolproof.

"We've learned a lot from DNA cases about what goes wrong when innocent people are convicted, and the things that go wrong are the same even though the person has not left behind blood or semen or saliva," said Bridget McCormick, Michigan Innocence Clinic co-director.
Posted by CN at 11:13 PM