Updated: Imagine A World Without Hate 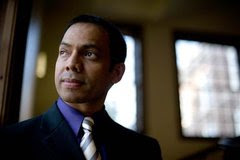 On October 4, 2011 I also found this article on the death of one of Mark Stroman's pen pals: Goodbye Marge check out the Reprieve site often at reprieve.org.uk - GO here

September 21, 2011, on World Peace Day, Rais Bhuiyan said "This is the anniversary of my shooting...The lessons I’ve learned during the last decade, and the journey I’ve taken moved me from a place of pain on the deepest level to a place of hope for a kinder world."

Read Rais Bhuiyan's words for yourself.

"...Yes! We can build a better world by paying attention and noticing where we blame and build walls with our family, friends, neighbors, and colleagues. Then we can choose to change and diminish anger...It’s not easy, but the future of humanity depends on us. Our actions CAN heal. I know this because 10 years ago I was the survivor of a hate crime."

Here is a man who, along with the widows of Mark Stroman's two murdered victims, would choose to try to stop their perpetrator's execution. This rare witness of genuine forgiveness led to a dramatic change in the life of their perpetrator. A few weeks ago, countless people from all backgrounds joined in the plea for Stroman's life.

Let's choose life and healing today by accepting this transformative invitation from this new movement:

"We invite you to join us in taking this image beyond imagination to reality. Learn about hate crimes through our website and work to prevent them. See our Get Involved section here

We’ve got to stop the hate and give peace a chance! Let’s work together to end the cycle of hate and violence, and make this world a better place for us and our next generations!"

Some of the places/events where "World Without Hate" plans to go...
We are taking the message into the world by speaking at:

- Churches
- Schools
- Prisons
- Universities
- Governments, and anywhere we can.

There were three personal messages to Bill and yet were signed anonymous. So we have no way to tell him who sent them. They were all three the same, I believe. We have a policy to almost always reject anonymous comments. Perhaps you who made these comments would use your name and/or place your comment on the facebook wall? All the best...