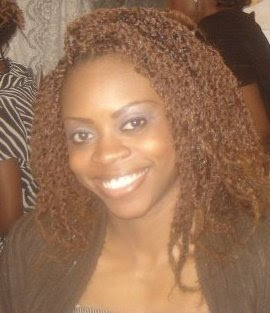 Samantha is a 20 year old British national currently facing the death penalty in Laos. She is charged with carrying 0.68 kg of heroin. She denies the drugs were hers.

Reprieve only learned of her plight after several months of detention. She has not had access to a lawyer yet (NOTE: see today's update below) or to anyone who could look into her case; according to normal (albeit unacceptable) Laotian practice, the investigation could be expected to go on for as long as TWO YEARS.

Reprieve has been working, in coordination with the Foreign & Commonwealth Office (FCO), to arrange a legal visit for Reprieve counsel Anna Morris, that was finally confirmed for Tuesday, May 5th. Then, all of a sudden, on Thursday, April 30th, the Laotians announced that she would be put on trial in the week starting on May 4th. This decision was apparently made to forestall Reprieve’s intervention. On May 4th the trial was moved yet again and is now expected to take place in the week starting 11th.

Samantha has been held by Laos in deplorable prison conditions for nine months. She is now five months pregnant. It is indisputable that Samantha became pregnant four months after her arrest but because she has not had access to counsel, it is not possible to confirm how she conceived. The Foreign Prisoner Support Service provides information on the diet given to the prisoners at Phonthong. This is entirely inadequate for an adult under normal circumstances, but is particularly alarming given Samantha’s pregnancy. According to the FPSS the daily rations in the jail consist of each room being given two bowls of pig fat water soup, and 500 grams of sticky rice.

A pregnant Briton facing a possible death sentence in Laos if convicted of drug smuggling has been allowed to see a UK lawyer for the first time.

Anna Morris, of legal charity Reprieve, met Samantha Orobator, 20, from south London, in Laos on Tuesday. But Reprieve said open communication was "impossible" due to the presence of Lao government officials. The UK Foreign Office confirmed that British officials were also present but would not give any further details.

...Despite suggestions her trial was to be brought forward, the Lao authorities have not set a date for it to begin.

Ms Morris said the presence of 10 senior Lao government officials at the meeting prevented her from discussing the case within the privilege of a client-lawyer relationship. Reprieve said the meeting took place in a boardroom of a government building rather than in Phongthong prison where Miss Orobator has been held for nine months. The charity had been hoping to assess the conditions in the prison.

Ms Morris said: "Samantha appeared nervous in this formal environment with so many people present, no doubt it was quite intimidating for her. "In the circumstances, I was not prepared to ask her the questions I had envisaged regarding the case. "To do so in the presence of members of the Lao government would have been a breach of my professional duty to Samantha and my ethical code as a barrister.

"Samantha said that she was coping but that she was anxious about when the trial would take place. "Unfortunately, I was not able to give her any reassurance in this respect as the Lao government have still not informed us of a trial date."

Reprieve said Ms Morris had asked for further, private access but was told that this would be the only contact that she would be permitted before the trial.

Two comments rejected because the writer did not leave his identity