The school in Weikersheim, Germany:
Awesome preparation for a JOH event!

So the school decided that since they had have this chance, they would also make sure that their students would benefit from the event as much as anyhow possible. 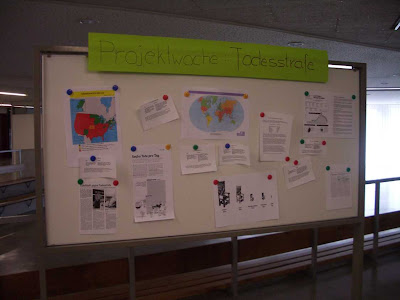 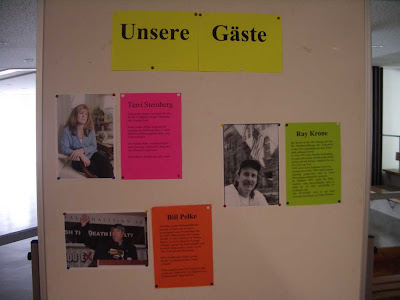 A display introducing the speakers and giving a short overview about their stories. 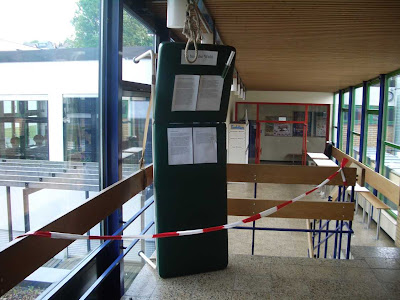 One of the exhibits. It asks: "What would you decide for?" and gives some information about diffent ways of executing people. 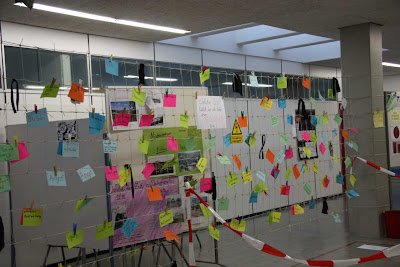 The group preparing the event had made a net and on this net they asked "Thinking about the death penalty, what is the first words which comes to your mind?" All of the students of the school were allowed to write a piece of paper with this first word which came to their mind and put it on the net.

One of the participants of this group told me after the event that it was interesting to watch how much respect the students showed towards this net and to read everything standing on the small pieces of paper on there.

The answers to this question "Thinking about the death penalty, what is the first words which comes to your mind?" did not include "deterrant" or "justice" but there were words like: 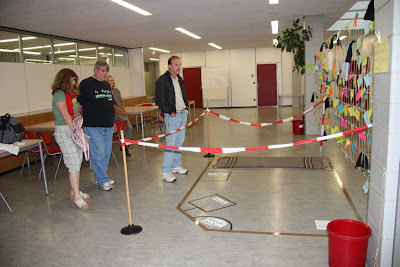 At one place in the school they had also put the outlines of a death row cell on the floor. 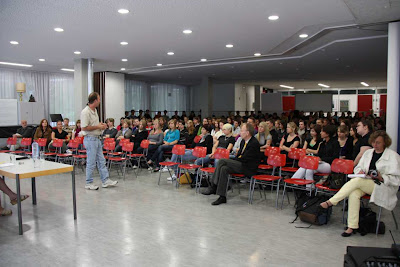 The actual event: Ray speaking in front of about 250 students 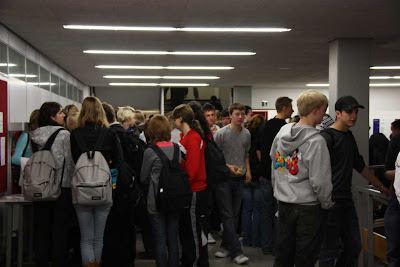 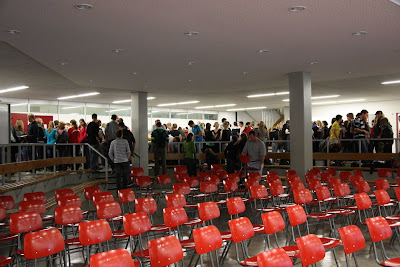 We had every petition laying out about 5 times but it still took about half an hour until the last student who wanted to sign had done this.
Posted by Susanne at 9:54 PM