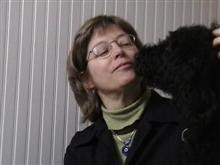 It's no surprise that Bess Klassen-Landis, a politically liberal thinker who was raised in a pacifist, Mennonite tradition, would be opposed to the death penalty. The twist is that the 52-year-old Windsor woman came to feel this way decades after her mother was stolen from her, raped and murdered in her Indiana home while Klassen-Landis, then 13, and her three sisters were at school.

After growing up fearful -- her mother's killer was never caught -- and suffering years of post-traumatic stress symptoms, Klassen-Landis says she has been transformed by talking and singing about her life, including with a national group that travels the country speaking out against the death penalty.

Helen Bohn Klassen, who was 41, was beaten, raped, strangled and shot five times in her Indiana home in 1969. One of Bess's sisters found her after school. Helen Klassen's girls never talked to a therapist, says Bess; it wasn't what families did back then.

After her mother's murder, young Bess Klassen lived in a household of pent-up grief. In an interview in her art-filled Windsor home and in her Rotary Club speech, Klassen-Landis recalled that her father told his daughters that their shattered family must put on a good face for their community. It was something Otto Klassen, now proud of three of his daughters' work against capital punishment, would later deeply regret.

At the time, the anguished widower, a psychiatrist, felt the authorities weren't doing their job. After work, he would go to the police station, follow potential suspects -- police had identified seven -- and, at home, sleep very little. His daughters were always on edge, Bess said. Their father "looked like he could explode at any second."

A high school honor student, Bess played sports and sang in a folk band. Yet she walked with her head bowed and stuck her nose in a book to avoid having to speak to anyone. Inside, she simmered with "utter despair, grief, fear, or rage," she said. "I needed to pretend for others that I wasn't being torn apart inside, that I wasn't afraid to live in a home with bullet holes in the floor."

"There was a real sense of discrepancy between what you were showing on the outside to your teachers, your aunt and uncles, to anybody, to your family, and what you're feeling on the inside," she said.

Klassen-Landis grew up, got married and had two children, now grown, all the while coping with what she says was "the physical and psychic stress of being hyper-vigilant for many years." She suffered an overactive immune system and environmental and food allergies. Then her oldest sister Ruth, who had had her own difficulties as a result of their mother's murder, asked Bess to accompany her on a speaking tour with a group called "Journey of Hope … From Violence to Healing." [...]

Bess agreed to accompany Ruth, despite her fear of public speaking and the spotlight. She did it for her sister, Bess said. Her first trip with Journey of Hope, to Texas, was in 2005. For the first time, Klassen-Landis told her story to an audience full of people who, like her, had had a loved-one murdered.

"I just can't tell you what an open door that is, to free parts of yourself that have not been free. It's probably the most taboo subject you can think of. It's not something I've talked about a lot in my life. You don't bring up the fact that your mother's been murdered because it'll stop any conversation," said Klassen-Landis. "So being in that room, all of a sudden there is a place you can talk about it."

If her first Journey tour was about taking care of herself, Klassen-Landis's second trip, last year to Virginia, was about opening her heart to others, to people who had done terrible things. Klassen-Landis said she had always been "theoretically" opposed to capital punishment, but there was a part of her that "smugly" felt that murderers, "well, they deserved" to die.

Then Klassen-Landis had her next epiphany. She began to feel that if her mother's murderer had been apprehended, she would be able to sit with him, talk with him and "visit (him) over and over again until I could find that within him that I could call friend."

It was a transformation Klassen-Landis said she also saw in her traveling companion, a man who had spent a decade on death row before being cleared in a murder he did not commit. The man believed in the death penalty and thought the murderers he knew in prison should die for their crimes. While in prison, he had become best friends with a murderer, who was executed.

"It just tore him apart. He realized that this man had good in him. That this man had the capacity to relate to others in a loving way," Klassen-Landis said. "My need to help abolish the death penalty right now is not only to save these peoples' lives - it's to help people become less hateful, to actually find forgiveness within themselves." (taken from "For Victims, Against the Death Penalty - The web log of Murder Victims' Families for Human Rights)

Bess is our newest Journey of Hope board member.
Posted by Susanne at 2:25 PM

My name is Katie Klassen I am the granddaughter of karl Otto's brother. This is amazing to me to find online while looking up my familys history. Simply Amazing.

Well I am also amazed to see you here with comment at this time. How are you? Plz keep coming back and if you have anything you'd like us to post, there's a great chance: