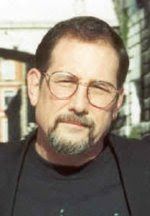 "My personal journey began on February 27, 1985, in the small town of Enterprise, Alabama, when my wife Char was brutally murdered by a masked robber at my place of business.

I too was shot three times and left for dead. I saw my wife lying face down in a pool of blood. I held her in the last moments of her life, I saw her face. I instantly withdraw from the next image that is forevermore seared into my memory. In indescribable agony, I cursed God. For our children, Tom, 12, and Christie, 5, and for myself the nightmare had just begun. Unbelievably, 16 months later, I was charged with the capital murder of my wife. Following a trial that was later characterized as a mockery and a sham. I was convicted of murder of my wife and sentenced to life in prison. Incarcerated for a total of two years, one hundred and three days, I was freed on bond when the conviction was overturned in 1989. I remained in legal limbo for nearly three more years until April, 1992, when the charges against me were dropped after compelling proof of my innocence was uncovered. The nightmare had lasted for more than seven years.

I was broke, unemployed, and probably emotionally bankrupt. Having seen firsthand the insanity and horror of my wife's murder, I was filled with hate for the man that had so brutally taken her life. I could not and cannot conceive of any act so despicable as murder. When people within the justice system failed me, it only served to add to my anger, outrage and bitterness. I wanted him dead. I was caught in a vindictive mindset. Slowly but surely I came to realize the hate was killing me and had no effect on him. I had to find a way to let go of the hatred and start healing. Raised a Christian and deeply troubled by the dark side of my inner struggle, I went to the Bible to find validation for my need for vengeance. After all, didn't it call for an eye for an eye. But I say to you, do not resist anyone who is evil. You have heard it was said, "you shall love your neighbor and hate your enemy. But I say to you. Love your enemies and pray for those who persecute you, so that you may be sons of your father who is in heaven; for he makes the sun rise on the evil and on the good, and sends rain on the just and the unjust."

What I found was a message of redemption and forgiveness. Vengeance and judgment belonged to the same God to whom I had cried out for justice, the same God that in my anger and despair, I had cursed. Was a killing done in the name of justice what I wanted, what I needed? Could I weigh the man who killed my wife and say what he deserved? Was there any man who weigh me and say what I deserved? If there is such a thing as justice could it not be administered only by one who knows the innermost thoughts of the person who is being judged? One who could do that would be wise and with wise and with wisdom comes mercy and forgiveness. There in lies the hope for humanity and the hope for healing.

Justice must take into account an infinite set of circumstances that I as a man cannot begin to understand. I pray to my God, whom I have offended, and beg forgiveness. I cannot be honest with my own life or with myself without realizing that I cannot tell what justice is for someone else, or for me. The more I try, the more responsibility I have to assume; and the more I know that I must cling to mercy as the one thing I am sure must control my own judgment of men; even the man who killed my wife.

I strongly believe that society's laws moot offer relief for a victim's anger and loss and we must be afforded protection from those who have harmed us. Life is sacred and precious, all life. The State, however, does not give life, neither should it take it away. One cannot stop the shedding of blood by causing more blood to be shed. No amount of killing would restore Char to us or take away our loss. What sustained me throughout those years of despair was not hatred; it was love; the love of my children, my family, my friends and the love of GOD.

The path to healing, the journey of hope, transverses many hills and valleys. The way is often torturous. For years I could not get past the last image I had of my wife, that of a murder victim. Today I can look into the faces of our children and smile as I see her reflection. I can choose to remember her as she was, a loving caring person. I know in my heart that her life should be celebrated rather than mourned. What began as a horrible act of violence should not be memorialized by an act of vengeance. Hate is a continuation not an ending. Char loved life. Tom, Christie, and I believe that her love of life should be her legacy. We say to you in a simple, resounding note that not in our name will you kill. Our hearts have bled enough. " (taken from abolition.org)

On February 27, 1985, George and his wife Charlene were shot repeatedly by an armed robber at his place of business in Enterprise, Alabama. George held Charlene in his arms as her life slipped away.