About 45 years ago, on August, 28th 1963, Dr. Martin Luther King gave his famous "I have a dream" speach in Washington. Does this speach still have any meaning to us? Is there anything we can still learn from it? Or is it just part of history?


The Religious Organizing Against the Death Penalty Project was created to galvanize and empower the religious community in the United States to work against capital punishment. Coordinated by the American Friends Service Committee's criminal justice program, the Project provides people of faith with the tools and resources they need to become effective advocates for abolition. 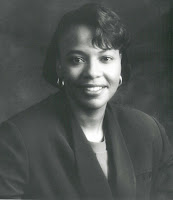 "Having lost my father and grandmother to gun violence, I will understand the deep hurt and anger felt by the loved ones of those who have been murdered. Yet I can't accept the judgement that their killers deserve to be executed. This merely perpetuates the tragic, unending cycle of violence that destroys our hope for a decent society."
-Rev. Bernice King

Most of the world has abolished the immoral and barbaric practice of the death penalty. Yet the United States continues to condemn men and women to death. Nearly all of the people this country executes are poor and/or people of color, and many of them suffer from mental retardation or mental illness.

The use of capital punishment is an example of how we as a nation continue to try to solve social justice issues with use of violence. The religious community has a responsibility to raise the issue of the immorality of the death penalty.

The death penalty is a microcosm of the problems we have with violence in general.

I Dream a World 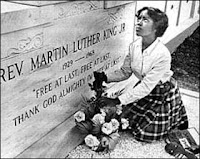 The Religious Organizing Against the Death Penalty Project is pleased to announce the creation of the I Dream A World campaign. The campaign will focus on how we as a society can envision and create a world based on finding solutions to the problems of violence that don't resort to perpetuation the cycle of violence. One of the greatest models we have for envisioning a different kind of world is provided by the civil rights movement and the example of Dr. Martin Luther King.

Dr. Martin Luther King, Jr. rejected the violence of the death penalty as have many of his family members. As a way to build on his legacy, the Religious Organizing Against the Death Penalty Project will launch the I Dream A World campaign on the January 2002 holiday.

Many religious leaders such as Rev. Bernice King, Rev. James Lawson, Sister Helen Prejean, Arun Gandhi, Rabbi David Sapperstein and Rabbi Beerman called for an end to the death penalty. With voices such as these, ROADP will produce public service announcements to be aired starting with the January 2002 King holiday.

- As a part of the I Dream a World campaign, we are calling on other religious leaders to educate your congregations about the immorality of the death penalty by preaching sermons.

- Sending cards to government officials calling for an end ot capital punishment is another way to be involved.

- We ask people to reach out to correspond and/or visit those on death row.

- We must also remember to provide support to victims of violence.

- As a part of the I Dream A World campaign, elementary children will be encouraged to submit drawings.

- Junior and senior high school youth will be encouraged to write essays focusing on how Dr. King would be involved in addressing the issue of the death penalty if he were alive today.

- In addition, the essays and drawings will be compiled in booklets that can be delivered to legislators and other key officials to demonstrate the concerns and wishes of youth. 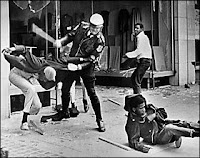 - Youth will be encouraged to think about individuals in their communities who inspire them to create a different world. We will develop a photo project where youth will be photographed with the person that inspires them, with information about why.

- Drawings and essays will be displayed in churches and other public settings.

- We will create a space for people to write collaborative online letters that envision the world people would like to create.

Please also sign the I Dream a World Petition to End the Death Penalty!
Posted by Susanne at 8:27 AM